R&B/electro-soul Melbourne trio Belove are set to launch their new single Hey Girl with a headline show on the 2nd of June at Fitzroy’s Bar Open, with special guests Cylo.

The single, which was premiered by The Music back in April, has received huge praise since it’s release, climbing up the Triple J unearthed charts with every passing day. While it doesn’t seem that Belove’s style can be identified with a label, as they blend an eclectic mix of genres, including soul, electronic, R&B and Hip-Hop (among others), they like to categorise it as “Baby-making music, basically just something cool and sexy to vibe to, everyone needs that in their life.”

As to what you can expect when you go see the trio live? “Sex, for your ears… we try and replicate what you hear on the record but take it to a more intimate level.”

Expect intimate R&B vibes, some bump-n-grind and plenty of dancing as Belove preview some unreleased EP tracks along with performing Hey Girl, which has a music video coming soon, in what will undoubtedly be a huge night. 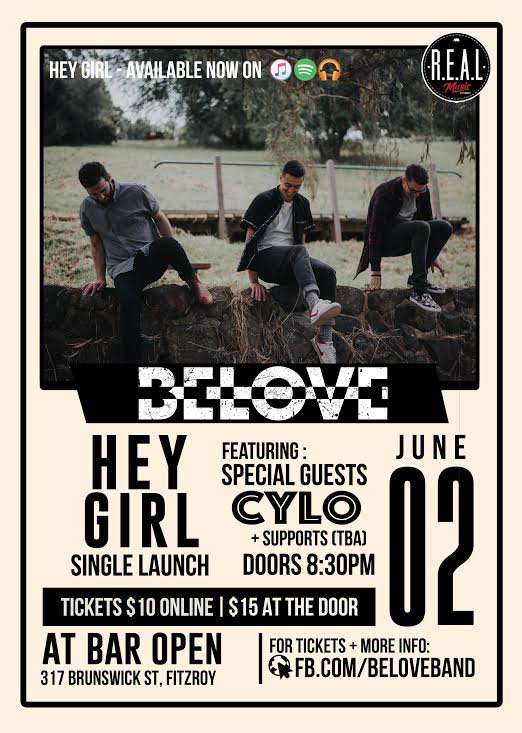