While GaTa has collaborated with the likes of Tyga and Lil Wayne in the past, it’s the most recent chapter of his career that is perhaps the most interesting, as he balances touring the world as Lil Dicky’s hype-man and releasing music of his own.

We had a chat to the accomplished emcee ahead of his Australian tour alongside Lil Dicky.

OTC: Last year you released a brand new album, ‘Ghetto Brilliance,’ which seems to have a running narrative of living in the streets to now, earning racks. What does that album mean to you?

GaTa: That album showcases my growth and progress as a man and a artist. I wanted to show people the good and the bad. It’s some emotional songs on that album as well as songs that showcase my energetic personality. 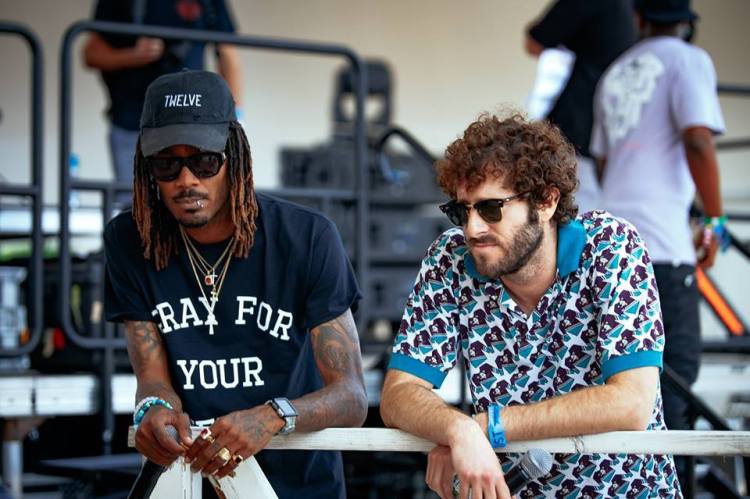 Would you also say that this album represents what your tagline ‘GED’ (Grinding Every Day. Getting Educated Daily. Getting Every Dolla) is all about?

It definitely represents my brand G.E.D Inc. It was a process putting that album together. Grinding and being inspired by every day life struggles is what helped me put it together. You can learn a lot just by listening to someones story. So thats why I titled it Ghetto Brilliance. I wanted people to learn about Me and what I been through and what I’m going through now.

As some people might not know, you’ve been in the game for a long time now, but becoming Lil Dicky’s hypeman in 2014 is something that thrusted you into the spotlight more than ever, so first of all, how did that come about?

And since touring with LD, how has your life changed?

I’ve become a better businessman and a better person overall working with Dave. I feel more focused and aware of the things that I have to accomplish in order to stay relevant and not just successful

Do you feel a responsibility to give back to the streets that you came from, now that you’ve ‘made it out’? That seems to be something you discuss on your latest project.

Sometimes I feel like I’m obligated and sometimes I don’t because I know its a lot of people in the streets that wanna bring you down when You trying to make it. I just always put My family first, everything else is water under the bridge.

You’re about to head back on a world tour with Dicky following the massive success of his new single ‘Freaky Friday,’ what can Australian fans expect from those shows?

Expect to have a great time, expect a lot of laughs and a lot of energy.

Do you find there’s a balancing act between hyping Lil Dicky on tour and then working on your own music?

Yeah its definitely something I deal with, but I manage to work on my music way more then I ever did. Especially working with LD. He is a genius and perfectionist. I learn a lot and value his opinion. I always send him my music first and my visuals before I release them.

Yeah dropping another album this year. Also I just dropped a new music video for 4/20, titled GET PAID, go check it out.

You can catch GaTa performing alongside Lil Dicky this July in Australia: Tickets Available HERE